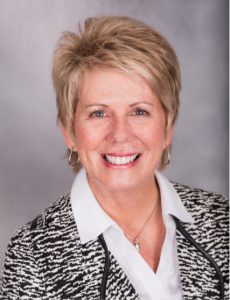 Sandy Sims is the Director of External Relations for Gulf Power.  She has worked for Gulf Power for more than 35 years and has held various positions of leadership in customer service, operations, and corporate support. In her current position, Sandy provides strategic direction for the company’s economic development, community relations, external affairs areas and focuses on building and growing sustainable communities in northwest Florida.

In the fall of 2018, Sandy was the district general manager for Gulf Power’s Eastern District which includes Panama City, Chipley, and Tyndall Air Force Base when Hurricane Michael made landfall as one of the strongest storms to hit the United States.  Working with more than 7500 resources from Gulf Power, several other states and Canada, the Gulf Power team restored power to more than 95% of the customers who could take power in only 13 days.  It was truly an unprecedented team response to an unprecedented devastating storm.

Sandy is an active community advocate across northwest Florida and has served in community leadership roles wherever she has been located.  She was a founding member of IMPACT 100 of Northwest Florida and served as its president for the two years following its inception.  She has served on the board of trustees for Northwest Florida State College, the Gulf Coast State College foundation, and as a Bay County appointee on the Northwest Florida International Airport Authority, along with several other civic, business and professional organizations in the region. In Pensacola, she has joined the board of the Ronald McDonald House and Achieve Escambia.   Sandy was recognized as the 2018 Woman of Distinction Diamond Award recipient by the Girl Scouts of the Florida Panhandle and a 2019 Pinnacle Award Winner by 850 Magazine.

Sandy is married to Randy Sims and they have two married sons and one beautiful granddaughter.